Open-Transactions (OT) is a financial cryptography library that implements triple entry accounting with destructible receipts. OT allows creditors to issue liabilities in the form of digitally signed and notarized receipts whose balances can be traded as currency and are available for manipulation via smart contracts and other financial instruments. Transactions are constructed by users and notarized by transaction servers. OT maintains a real-time, cryptographically secured state of all liability balances for a given issuance type. Account balances in OT are protected from tampering with strong cryptography, which eliminates the co-mingling of funds between unrelated accounts. As an accounting system, OT does not normally have the ability to manipulate actual underlying assets, such as physical gold reserves. 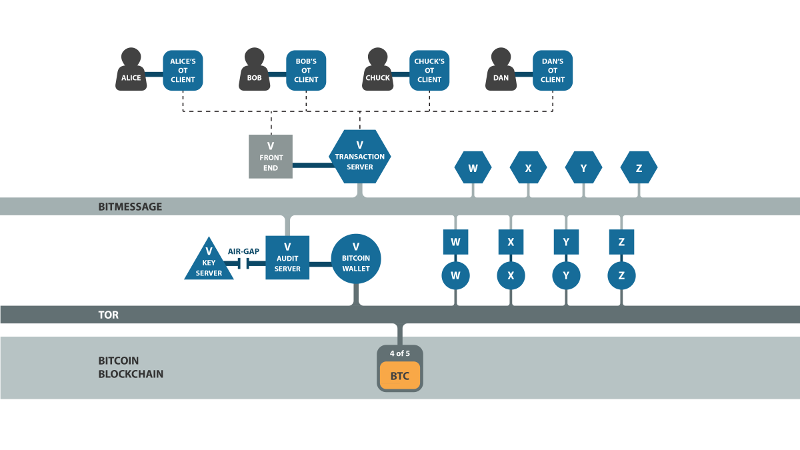